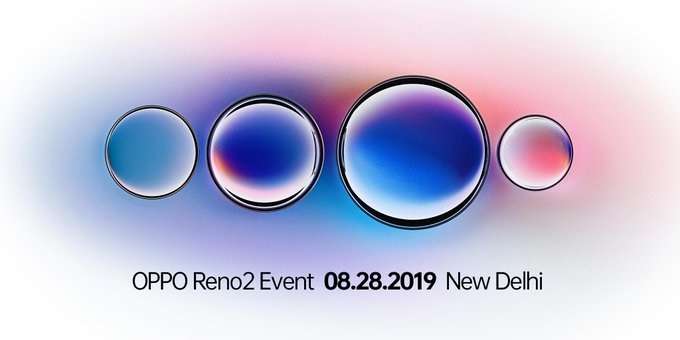 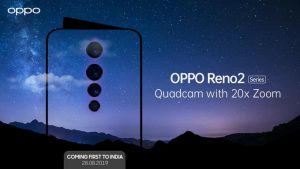 Earlier this month we came across a report which stated that Oppo was planning to launch the new Reno series this month which would come to India first. That now got its official confirmation as the company has confirmed it’s unveiling the Reno2 series on August 28.

We are probably looking at multiple phones here as the image posted by Oppo India’s Twitter account says “Reno2 Series”. The smartphones will come with a quad camera setup at the back aligned vertically in the center and will offer 20x zoom. The Reno2 series will also have a shark fin-style selfie camera, which means we are looking at a notch-less display. The Reno2 series will be unveiled at an event in New Delhi, India on August 28, but until then we may get to know more about it through leaks and official teasers. This post from Gsmarena.com
Tags:oppooppo reno 2reno 2
previousSamsung Galaxy Note 10 Hands On : Review
nextAnother Huawei Mate 30 Pro spy shot reveals waterfall screen 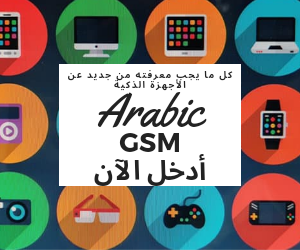